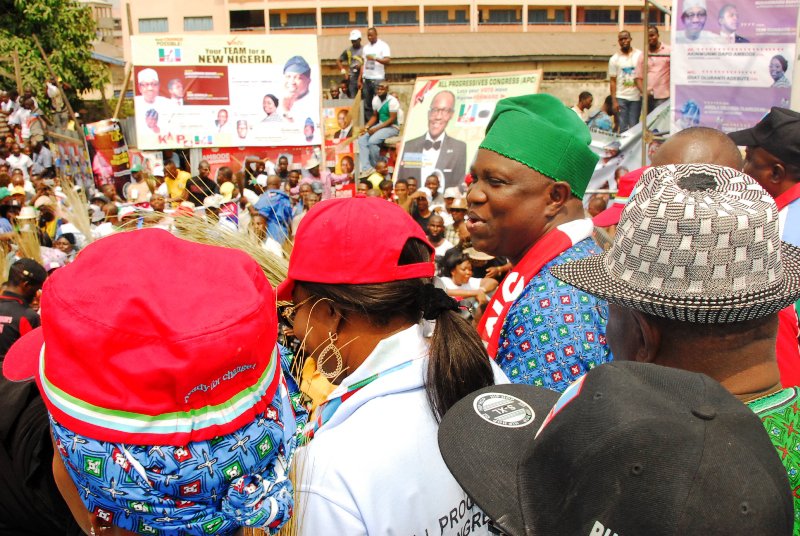 The All Progressives Congress governorship candidate in Lagos State, Mr Akinwunmi Ambode, on Saturday promised residents of Badagry that the ancient city would experience massive development if he is elected governor in the general elections next month.

Ambode made the pledge at a rally the party organised at the Badagry Grammar School in Badagry.

Ambode noted that he would not abandon various projects embarked upon by the outgoing administration of Governor Babatunde Fashola in the state.

The APC governorship flag bearer said, “If you go to the Marina side of this great city, you would see that the present government wants to build a hotel which would help boost tourism.

“The Vkelete Slave Market is under renovation and by the time it is completed, it would be given a major facelift and this would attract more tourists to this great city.

“Continuity is very important and the only way that this can happen is if I’m elected, so I can continue with what the present government is doing in developing this place.

“We know that Badagry is the cradle of tourism; so, we intend to build on that as we believe that it would aid development in this city.

“Under my watch, this ancient city would witness tremendous development and this would improve the lifestyle of the residents”.

He also urged the residents to get their Permanent Voter Cards.

“Voting is your right and everyone must exercise that because it is your civic right.

“We understand the various challenges that are on the ground; you must ensure that you get your PVCs because this is the only way you can vote APC into power”, he said.

Ambode expressed the confidence that the APC would emerge winner of the governorship and other elections in the state.