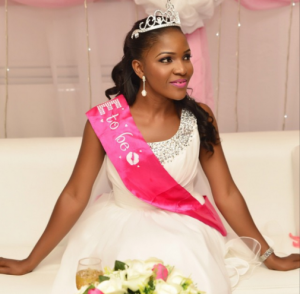 Another one of president Jonathan’s daughter, Ine, is set to wed.
Ine who recently had her traditional wedding got a surprise Bridal shower from her friends yesterday night.

The bride, Inebharapu Paul, who is one of the adopted children of the president of Nigeria will be having her white wedding tomorrow, a week after her traditional wedding held in Bayelsa.

Just like Faith Osakwe, who got married last year, the bride was also adopted by President Goodluck Jonathan when she was young.

The name of the groom is Simeon Onyemeachi.

See a few of the photos from the bridal shower below: –