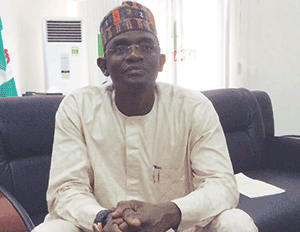 The National Secretary of the All Progressives Congress (APC), Alhaji Mai Mala Buni, yesterday said orchestrated attacks in some parts of the North targeted at President Goodluck Jonathan and members of his entourage were part of a plot by the Peoples Democratic Party (PDP) to frustrate the conduct of the general elections in February.

The APC scribe also accused the National Security Adviser (NSA), Col. Sambo Dasuki (retd.), of flying an unpopular kite with his suggestion to the Independent National Electoral Commission, INEC, to postpone the upcoming polls to allow for the sufficient distribution of Permanent Voters Card to the electorate. He said the NSA’s suggestion would lead to illegal extension of the president’s tenure beyond May 29.

Buni believes the insecurity in some parts of the North is also sustained to prevent elections in the affected areas.

He said: “Added to this, they are instigating crisis, protests and stoning of the President at PDP rallies in some northern states to give the impression that there are security threats that may hinder peaceful conduct of the polls.

“Be mindful of the fact that PDP rallies are heavily secured by armed soldiers and policemen and are not accessible to APC members. It is the PDP chiefs that are organising the attacks on Jonathan to achieve their aim. It is their project”.

The APC chieftain also faulted a statement credited to Katsina State Governor, Ibrahim Shema describing members of the opposition as “cockroaches” that should be “crushed”, saying that it was one of the calls provoking violence against the opposition.

On the Bauchi incident, which resulted in six presidential guards reportedly ending up in hospital for injuries sustained when some youths went berserk, he said it was “sparked by hunger and the attendant anger by civil servants and teachers who are owed several months of salaries by the state government”.

Buni said suggestion by NSA Dasuki that elections should not hold in the states ravaged by insurgency in the North-East was “in tune with the tenure-extension plot”.

He added: “The NSA has confirmed the plot by government to extend its tenure by six months and then by another six months.

“The APC totally agrees with the position of INEC and Nigerians that the polls will be conducted as scheduled, especially the declaration that the commission is continuing with the distribution of the PVCs until February 8.

“The time line is enough to issue majority of voters with their PVCs, of which INEC has so far distributed more than75 per cent.”

“Even in countries that experience severe challenges of insurgency like Afghanistan and Iraq, elections were held successfully. Nigeria cannot be an exception”.

On the plight of the internally displaced persons, he said: “IDPs should not be deprived of their inalienable rights to vote and be voted for. Government has a responsibility to protect its citizens, and failure to do that will be in breach of constitutional provision”.