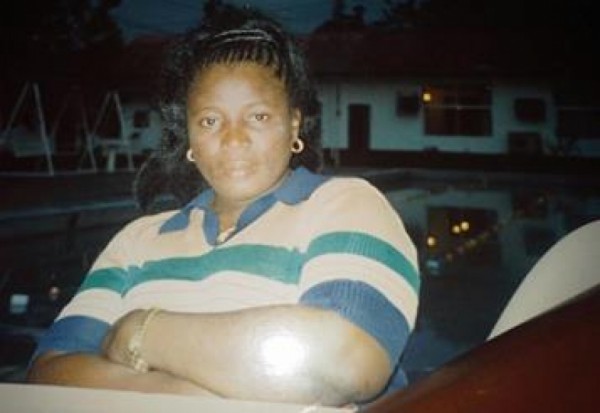 It should be recalled that yesterday Asari-Dokubo’s wife used social media to express her discontent with the calls by the former minister of Defence, Theophilus Danjuma, to arrest her husband over the dangerous remarks about the elections.

Another post in a series accuses former military tops of having desire to enslave the country youth. She explains what, in her opinion, was wrong with Obasanjo’s government, why Buhari should be voted out and Jonathan selected for a second term.

See the message below:

“From the way the look of things and what I can deduce from Rtd General TYT Danguma’s speech and the previous letter written by Obj to president Jonathan the Ex generals in nigeria have ganged up against GEJ and democratic govt in Nigeria. Nigerians should wake up from their slumber and clipped their wings , if not, there will never be true democracy in Nigeria, GEJ is the only true democrat that has ruled this country he has no military background and that is why people like obj can collaborate with other Rtd Generals to insult our amiable president when ever they deem fit.

Follow Nigerians say No to Buhari ,say No to ex generals of this country they don’t mean well for you and me all they are after is to continually loot our treasury dry, 80% of our oil wells in the niger delta belongs to ex generals.

They are not here to lead they are here to destroy our nascent democracy .come February 14th vote Goodluck Ebele Jonathan reject Buhari and his Ex generals don’t do anything stupid by voting Buhari you will regret it ,join the president to fight corruption and insecurity. corruption started long before GEJ came to power , and it cannot be stopped over night, Obj govt was far more corrupt than any other govt yet the likes obj will accuse GEJ govt of corruption.


The issue of BOKOHARAM is not peculiar to Nigeria alone , all over the world there are terrorist, America with all it’s sophisticated war weapons have not been able to win the war on terrorism . Follow Nigerians vote for GEJ is the best candidate for now Buhari had nothing to offer, we don’t want another military rule ,voting Buhari is like bringing back military rule. we want freedom of speech, freedom of movement ,development , transformation of our dear country etc .vote wisely ‪#‎fail‬ Buhari come February 14th and vote for GEJ.”

It should be noted that the ex militant’s remark which caused Danjuma’s rage concerned his threats to plunge a war unless President Goodluck Jonathan is re-elected in the next month’s polls.