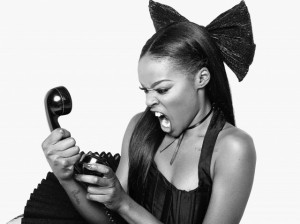 It seems like Black Americans need to agree with one another before they can come together to overcome racial discrimination still happening in the U.S.

Micheal was killed by a white policeman, and that made the blacks got annoyed and protested over the issue until the policeman resigned.

Kendrick said “I wish somebody would look in our neighborhood knowing that it’s already a situation, mentally, where it’s fucked up,”

After the interview was published, Azealia took to Twitter to blasts Lamar.

Read her tweets below: –