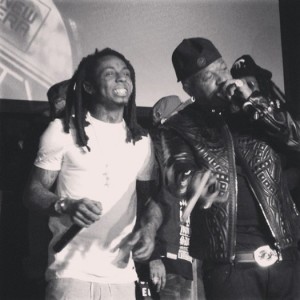 So the tension is heating up more and more between Birdman and Lil Wayne.

For the first time in months, Birdman has decided to speak up on the controversial beef with Lil Wayne

The Cash Money boss has been quiet about the issue till a few days ago, after Lil Wayne dropped is new mix-tape, SORRY 4 THE WAIT 2, which featured a remix of O.T. Genasis’ anthem “CoCo.” Tunechi’s version included lethal shots at his industry “father,” hence Birdman had to speak on the matter.

According to reports, Birdman is pissed at Wayne for two reasons. First, the rapper is apparently trying to bail on their contract, but what is even worse, Birdman is feeling highly disrespected by the man he calls “son.” Thus, the CMR boss claims he will not voluntarily drop Weezy from the label and according to TMZ,  lawyers for both sides are in talks. Wayne wants to put Tha Carter V out right now, yet the LP won’t see the light of day until it drops on Birdman’s terms.