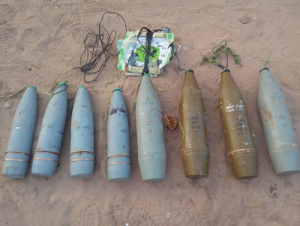 Two people have on Sunday been killed in a bomb blast believed to be from an Improvised Explosive Device (IED), in Dahlehi Community in the Maiha Local Government Area of Adamawa, reports have said.

The Chairman of the Local Government, Alhaji Mohammed Jibrilla, confirmed the development in an interview in Yola.

“The development was followed by an explosion which killed one person on the spot while the second died shortly before admission at the Yola Specialist Hospital,” he said.

“Two other injured youths are now on admission in the hospital,” Jibrilla added.

Jibrilla advised the public to be vigilant and to report any strange object to the authorities.

The Adamawa State Police Public Relations Officer, DSP. Othman Abubakar, confirmed the incident to Vanguard, but did not give details.