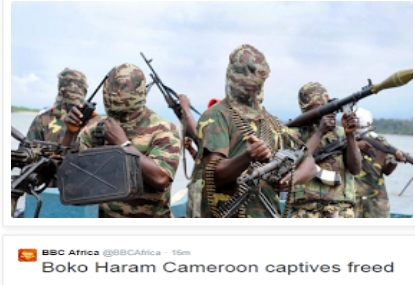 According to BBC, 20 out of the 80 people captured by members of Boko Haram in a cross-border attack in North Cameroon yesterday January 18th have been freed. Cameroon’s defence ministry in a statement released today said the hostages were freed “as defence forces pursued the attackers who were heading back to Nigeria”. Boko Haram yesterday launched a fierce attack on some villages in Cameroon, capturing 80 people, most of them children.