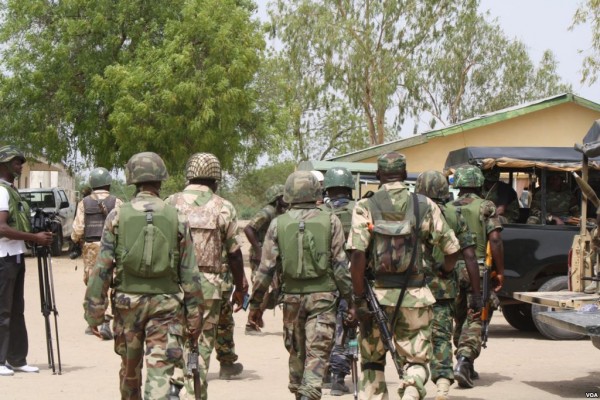 Terrorist group Boko Haram has dislodged a multinational military force made up of troops from Nigeria, Niger and Chad, from its base, killing scores of soldiers and civilians in the process.

According to fleeing residents, who escaped on canoes, some people drowned in Lake Chad, while running from the attack on the key base situated on Nigeria’s border with Chad.

“They came in their hundreds driving several Hilux patrol vehicles, trucks and some were on motorcycles and immediately began to throw explosives and bombs,” fisherman Audu Labbo told UK’s The Guardian on phone, Sunday night.

The insurgents were said to have also fired rocket-propelled grenades and automatic assault rifles. Some soldiers removed their uniforms and threw away their rifles, Labbo said.

Troops from Nigeria and neighbouring Chad, Cameroon and Niger reportedly fought on Saturday until they ran out of ammunition.

A senior security officer in Maiduguri, the capital of Borno state, confirmed to the Guardian that the military base at Baga, 125 miles from Maiduguri, the Borno State capital, was under the control of the Boko Haram insurgents. According to him, the multinational force fled because it received no reinforcements despite holding out for several hours.

“There is definitely something wrong that makes our military abandon their posts each time there is an attack from Boko Haram,” the senator told BBC World Service.

Baga was the last town in northern Borno under government control. With the town now under the control of the militants, fears have heightened that they could use it as a base to attack Maiduguri.

Boko Haram has been fighting to create an Islamic State since 2009. The campaign has led to the loss of thousands of lives and displacement of over one million people.