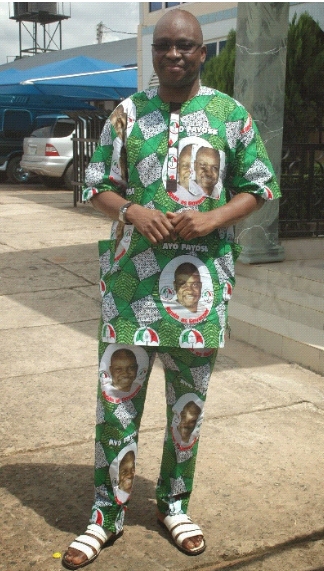 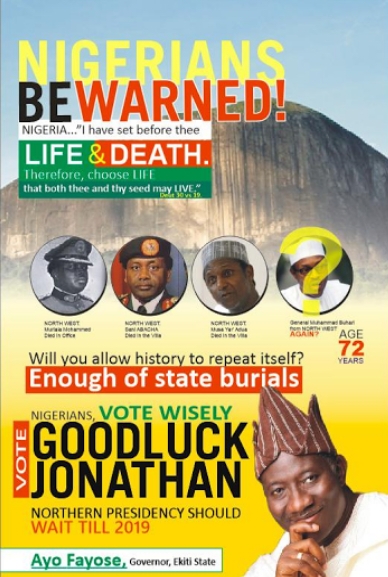 Find the press statement below…
Ekiti State Governor, Mr Peter Ayodele Fayose have reacted to certain negative comments that trailed the advertorial he caused to be published on the front pages of Punch and Sun newspapers of last Monday, saying that he has no apology over the advertorial as it contained facts. Fayose who stated this through his Chief Press Secretary, Mr Idowu Adelusi in Ado Ekiti on Tuesday said that the truth can never be covered indefinitely, insisting that the All Progressive Congress (APC) Presidential Candidate, General Buhari was too old and sick to be president of this country.
The Governor said that the advertorial was his personal opinion as citizen of this country and not opinion of the PDP and I stand by it. The Governor asserted, ” I wish to refer to the late President Umaru Musa Yar; Adua who former President Olusegun Obasanjo claimed was hale and hearty to lead this country and subsequently took ill and died. “I must assure all those who have expressed genuine concerns,unlike the APC that is playing cheap politics over the issue -that my intention is not a death wish to General Buhari but a factual postion that APC is covering.

“My consideration for the advertorial in the midst of alleged ill health of the late president is the need for the nation not to forget the crisis we were thrown into in 2010 but saved by the National Assembly which had to invoked the Doctrine of Necessity after protests by the Save Nigeria Group ( SNG) “It is in defence of fairness that I called attention to the potential crisis we may face God forbid that the health of the general becomes a hindrance if he was president and his Vice who is from the South West would have to step into the saddle not too long after Obasanjo eight years in office. ” I wish to draw attention to the lead story in the Sunday Tribune of January 18, 2015,‎entitled, ” Buhari’s planned visit to US causes furore.”

” The story revealed that arrangement had been concluded to fly Buhari to US for a medical check up. That Buhari has been stressed from effects of the rigours of presidential campaigns across the country and he is definitely in need of medical attention, adding that age was a factor as rigours of the campaign was‎ getting at him”. Fayose therefore adviced Buhari to be sincere with himself and step down for a younger and more vibrant person..again,I say it that Buhari is too old and spent to lead nigeria.

The Governor added, “The health of all of us who have stepped into the leadership space is nothing personal to us anymore as it has implications on the polity.” Fayose said that he was certain that time will vindicate him, calling on all Nigerians to vote enmass for the vibrant and energetic President Jonathan to avoid a repeat of history.