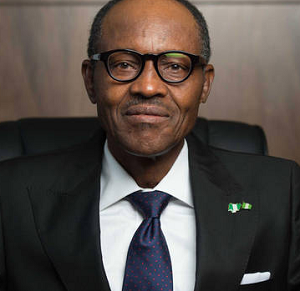 The presidential candidate of the All Progressives Congress, APC, General Muhammadu Buhari (retd.), will address the media Wednesday (today) on details of his qualification, following the controversy on whether he is qualified to stand for election come February 14, his campaign office said.
http://www.newbalanceshoesinc.com new balance 870
The Buhari campaign office said Tuesday that the former head of state will speak to the media at 9a.m. in Kano, where he is currently campaigning for votes.

The announcement came hours after the Nigerian Army denied having Mr. Buhari’s West African School Certificate in its possession, in contrast with the APC presidential candidate’s claim.

The Army’s claim further cast doubts on whether Mr. Buhari met the basic qualification to be enlisted into the military in 1962.

The Director of Army Public Relations, Olajide Laleye, said the entry made on the Nigerian Army Form 199A at the point of documentation after Mr. Buhari was commissioned as an officer, indicated that he obtained the West African School Certificate (WASC) in 1961. “With credits in relevant subjects: English Language, Geography, History, Health Science, Hausa and a pass in English Literature”. However, Laleye, a Brigadier-General, continued “Neither the original copy, certified true copy (CTC) nor statement of result of Major-.Gen. Mohammadu Buhari‘s WASC result is in his personal file”.

He cited records confirming that Mr. Buhari applied to join the military as a form six student of the Provincial Secondary School, Katsina, on Oct. 18, 1961.

“His application was duly endorsed by the principal of the school, who also wrote a report on him and recommended him to be suitable for military commission”, Laleye said.

He explained that while it is a practice in the Army that before candidates are shortlisted for commissioning into the officers’ cadre of the service, the selection board verifies their original copies of credentials, there is however, no available record to show that that process was followed in the 1960s.

The Army’s press briefing on Tuesday heightened debates on whether Mr. Buhari, despite undertaking higher cadre military courses at home and abroad, has met the constitutional requirement that a Nigerian must have attained a minimum of SSCE or its equivalent to stand for the highest office in the country.

However, a statement by Garba Shehu, the director of media and publicity for his campaign team, said Mr. Buhari will respond on Wednesday, adding that Mr. Buhari remains “fit as fiddle”, but did not give further details.