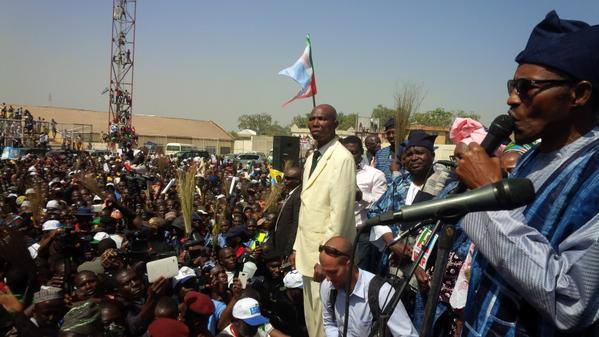 The Presidential candidate of the All Progressive Congress (APC), Gen. Muhammadu Buhari (retd), has promised to restructure the Nigeria Army and Police, if elected in the February 14 presidential election.

Mr. Buhari made the promise on Thursday in Gusau, Zamfara State, at the inauguration of his campaign.

He said that his plan, if it materializes, would boost the efforts of the two security institutions to battle insurgency with renewed vigour.

The APC presidential candidate stressed that the need to restructure the army and police became necessary because the enemies had become more and highly sophisticated in the use of weapons.

“Our Army and Police will be highly equipped with all the required weapons, educated and uneducated youths will be employed through different programmes that will be created by our administration.

“We will rebuild our educational system and employ youths not on sentiment and god-fatherism.

“We will as well find ways of restrengthening the country’s economy”, he said.

He also called on the youth to remain vigilant but maintain peace during and after the elections so as to ensure free, fair and credible elections in the country.

The campaign was attended by chieftains of the APC, including its National Chairman, John Odigie-Oyegun, and Prof. Yemi Osibanjo (SAN), Buhari’s running mate.