Latest report informs that at least one person has been killed in Akwa Ibom state as a result of a political clash between supporters of the All Progressives Congress, APC, and that of the Peoples Democartic Party, PDP. 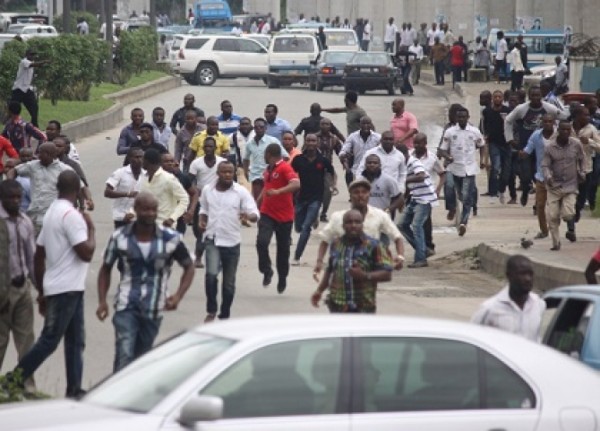 According to Leadership newspaper report online, the clash between supporters of both parties happened on Monday night after a supporter of the APC was allegedly caught removing the campaign posters of a candidate of the PDP.

It was disclosed that one person was feared killed and five others injured as a result of the fracas that ensued at the scene.

The incident, according to reports, happened along the popular ‘Maitama’ Road leading into the Ewet Housing Estate in Uyo.

It was learnt that the deceased, a member of the APC, was caught defacing and removing the campaign posters of the PDP House of Representatives candidate for Uyo Federal Constituency, Mr. Michael Enyong, popularly called ‘Baba Ntan’, when the PDP supporters emerged from their bus to accost him.

“Yes, the person was trying to remove the posters of the PDP candidate, Baba Ntan, and suddenly, the PDP supporters came with their bus and arrested him,” Emem Bassey, an eye witness told Leadership correspondent.

The source added that the APC supporter was heavily beaten and his head was broken before he ran for his dear life into Nteps’ Supermarket.

The security at the supermarket prevented him from entering the place with his blood soaked body”,Bassey stated, adding that“he was eventually pushed into the gutter by his pursuers”.

It was gathered that no fewer than five others sustained various degrees of injuries in the reprisal attack that followed the incident.

Speaking on the tragic incident, the Commissioner for Police in Akwa Ibom, Mr. Gabriel Achong, warned politicians to play by the rules and urged them to restrain their supporters from tampering with the campaign posters of others for fear of violence.

A statement by the Police Public Relations Officer (PPRO), Mr. Etim Dickson (DSP), on behalf of his boss, appealed to the people to imbibe high ethical standards during the election year and warned against being used by politicians as thugs as the election approaches.

The police image maker therefore warned that anybody caught defacing or removing party posters would be prosecuted.