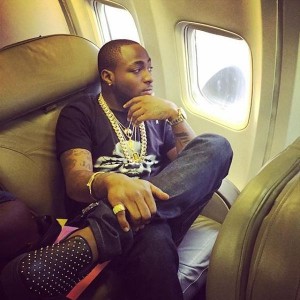 The Omo Baba Olowo of Nigerian music, Davido might have gotten a little carried away with all the awards and other accolades he has received in his very successful career.

During a 45 second speech for MTV Base’s Choose or Lose Vox Pop – the outspoken Davido for an unknown reason spoke about some of the things he’ll do if he becomes Nigeria’s president:

“Yes I’m voting, I want my voice to be heard, there’s no point in complaining if you are not going to vote.

“I think I’m good enough to be president, because it’s me, I want to be the president. I’ll fix all the bad roads, I’ll fix up the currency of course, and different other things, as much as I can do in a day I’ll do.”