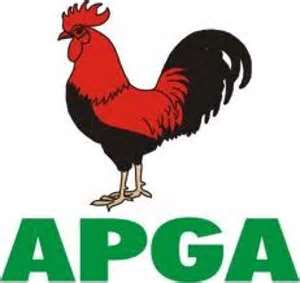 Agbo made the promise on Saturday in Abakaliki when he interacted with newsmen, saying the wage would be different from that of workers in other states.

He also promised to industrialise the state and improve its Internally Generated Revenue to enable the payment of the promised new wage.

“When the industries start yielding dividends, the state will be economically viable and the funds to pay workers would no longer be an issue.

“The workers would then be placed on a minimum wage that will be unrivaled, to make them the most efficient workforce in Nigeria”, he said.

Agbo said that when he assumes office, he would first pay all arrears owed workers, especially the September, 2011 salary, which was withheld by the present administration due to the involvement of workers in industrial action

“I would award automatic promotion to all workers to the next grade level to reward them for their perseverance and commitment”, he said.

He also promised free education at all level.

“It is disheartening that indigent students in the state university, are denied access to learning due to their inability to pay tuition fees; this will affect the future of the state.

“When we trace our roots, we shall discover that we are the most educationally disadvantaged in the south-east geo-political zone, and therefore, should protect our future by educating our people properly”, he said.

He urged the people to vote for APGA, being the only party in the state capable of addressing their needs. (NAN)