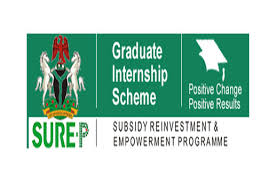 Fashola made the allegation at the All Progressives Congress (APC) campaign rally in Badagry area of the state.

“The money they took for Sure-P is in Sure Pocket, that’s what Sure-P means. It has nothing to do with the people,” he claimed.

Speaking further, Fashola accused the government of setting its priorities wrongly, saying that at a time they ought to have been committed to serving the people. “They were busy doing TAN rallies. They started the campaign one year ago , they were doing Transformation Ambassadors of Nigeria (TAN) rallies instead of serving you.

“They were spending Sure-P money in TAN. If they had used that money to build health centres, highways and prosper your life, the story will be different,’’ Fashola said.

“The person that is campaigning one year ago is now saying no, let us postpone the elections. The game has changed. He has to defend his record. There is no longer sympathy votes. Six years ago, he had no shoes, he has shoes now and we see what he has done with the shoes. He has forgotten the people who voted for him.”

Fashola explained that all over the world, when cities and states build municipal rails the Federal Government support them. “It is only in Nigeria that the Jonathan led government failed to support states that embarked on rail projects,” he stated.