A man was arrested for trying to bury his 10-year-old daughter alive in the backyard of his home. 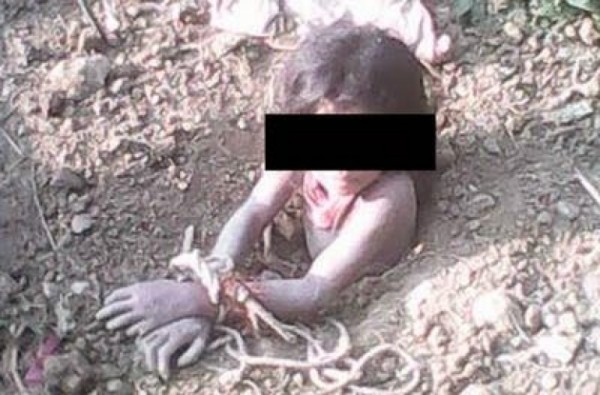 The incident happened on Friday afternoon in Putia village close to the India-Bangladesh border. Police sources say the man’s dislike for the girl child led him to commit the alleged crime.

According to NDTV, The accused, Abul Hussein, allegedly dug a pit in his backyard while his wife was away. He then allegedly put his daughter in the pit, hands tied, mouth taped and filled earth upto her chest level.

Realising that his wife had returned home, Hussein allegedly placed a bamboo-drum over his daughter’s head, intending to bury her later.But his wife soon grew suspicious and raised an alarm, following which neighbours rescued the girl. They later thrashed her father and informed the police.

Hussein has been booked for attempt to murder and was sent to judicial custody till January 20 by a local court.”Abul Hussein was roughed up by the people who rescued the girl from half-buried condition.