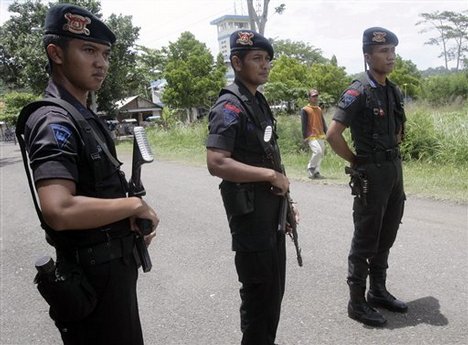 The Federal Government has expressed disappointment over the execution by firing squad of two Nigerians, Solomon Chibuike Okafor and Daniels Enemuo by the Government of Indonesia despite its pleas.

The Nigerians were executed for drug offences at the Island of Nusakambangu in Cilacap, Central Java Province, with seven others from Indonesia, Vietnam, Brazil and The Netherlands.

A statement by the Foreign Affairs Ministry Spokesperson, Ogbole Amedu Ode said, “It reiterates its appeal to all Nigerians to desist from drug trafficking which attracts the capital punishment in Indonesia and in many other countries around the world.
The Government will continue to engage the Indonesian authorities to negotiate and conclude a Prisoner Transfer Agreement that may enable other convicted Nigerians to return home to serve their prison terms.”

The ​F​oreign ​M​inister has however summoned the Indonesian Ambassador to register Nigeria’s displeasure, and again express the Nigerian government’s plea for clemency on behalf of other 12 Nigerians on the death row in the country.