Home News Feed Girlfriend Falls To Her Death After Jumping Up And Down Because Her...
Facebook
Twitter
WhatsApp

Oh wow. This is really sad, I mean what’s supposed to be a day of joy for the girl and for the couple turns out to be the saddest moment for the fiance. 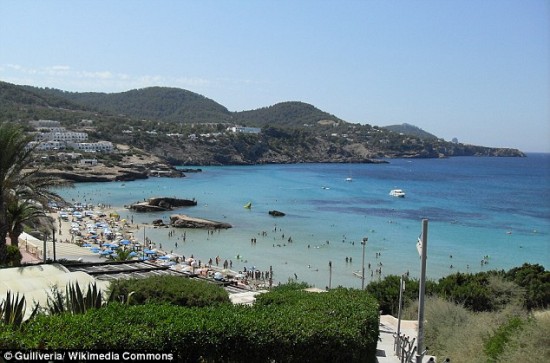 A woman whose boyfriend proposed to her on top of a cliff died after she jumped in excitement and fell over the edge. Dimitrina Dimitrova’s boyfriend had walked her to a beauty spot in Ibiza famed for its sunset views to ask for her hand in marriage. But local police say the woman lost her balance when jumping up and down during the marriage proposal and tumbled off the side. ‘Everything is pointing towards the death being the result of a tragic freak accident,’ a local Civil Guard spokesman said.

A source told MailOnline, She fell seconds after her partner surprised her by proposing to her as she jumped up and down with emotion.’ The 29-year-old, from Bulgaria, suffered a heart attack brought on by the injuries sustained in the 65ft fall in Cala Tarida. Ms Dimitrova had arrived in the region two days earlier to visit her partner, a waiter who lived and worked nearby, and to look for work herself. Last August, a Polish couple fell to their deaths while taking a selfie at a cliff edge in a popular tourist spot in Cabo da Roca, Portugal.