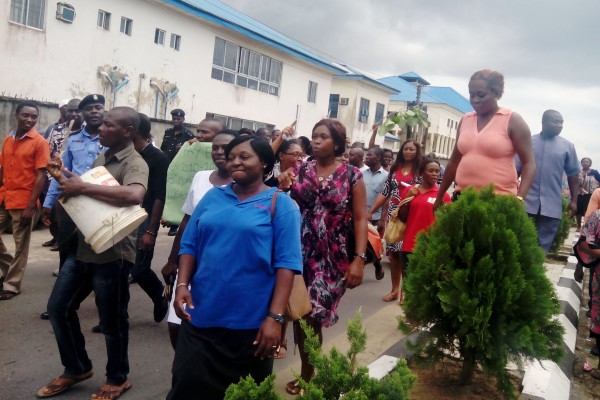 The Joint Health Sector Unions (JOHESU) and the Assembly of Health Professionals Association (AHPA) have said that the ongoing health workers strike will continue because the government has failed to meet the demands of the unions.
http://www.newbalanceshoesinc.com joes new balance coupon
In a communiqué issued by the two unions at the end of a joint meeting held in Abuja, the unions said: “It will be recalled that the last meeting of JOHESU with the government was on the 22nd of December, 2014 where the government promised within 3 weeks to meet with Mr President on the issue of adjusted salary, and to look for money to convene the NCE meeting.

“It was observed that up till now the government had not done any thing to meet this promise.

“JOHESU arising from the meeting resolved that the strike should continue until government accede to our requests.

The unions have however urged its members to organise prayers and fasting over the strike at their various branches, praying that the government accedes to their request.

They have also directed members across the country to organise simultaneously mass protest at their various state capitals, on Wednesday, January 21, 2015.