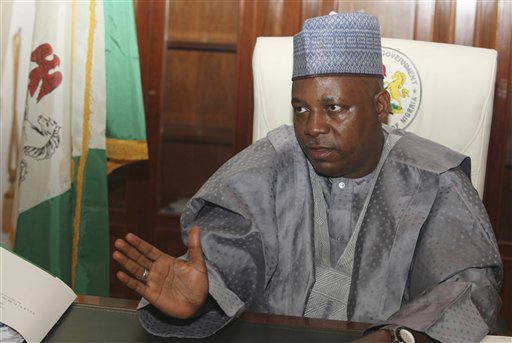 Governor Kashim Shettima of Borno State, has said that holding elections in the troubled states of Adamawa, Borno, and Yobe is not a privilege but a right of the electorates.

He also advised the Independent National Electoral Commission, INEC, not to think of not conducting elections in the three states, after the electoral body said it would conduct elections only in places it considers safe for the exercise.

The governor stated this on Sunday in an interview with journalists shortly after the inaugural meeting of the North-East Presidential Campaign Council of the All Progressive Congress, APC, held at the Zaranda Hotel, Bauchi.

“When people talk about not holding elections in this part of the country, it is not a privilege but a right that we should participate in the elections as contained in the constitution of the Federal Republic of Nigeria and in the electoral act.

“At least somebody will declare us as citizens of Nigeria. It is not a partisan issue nor is it a favour but it is our right”, he said.

According to Mr. Shettima, there was no basis for disenfranchising any Nigerian from exercising his or her constitutional right even as he suggested that persons displaced by the insurgency can be allowed to vote at the displaced persons camps across the region.

The Borno Governor, who is also the North-East Zonal Coordinator of the APC Presidential Campaign Council, noted that the Boko Haram insurgency in the north-east has destroyed the region.

“The experience of insurgency on the north east is a very bad and sad one, one that you cannot even wish your enemies”, he said; while expressing hope that the insurgency would soon be a thing of the past.

Meanwhile, a communique released by the North-East APC at the end of the Bauchi meeting commended INEC for distributing permanent voter cards in Adamawa, Borno and Yobe.

The APC also pledged to mobilise voters for the victory of its presidential candidate, Muhammadu Buhari, in the February 14 election just as it pledged a commitment to violence-free campaigns.

The communique added that the meeting congratulated all candidates of the party for emerging as flag-bearers and prayed for their victory at the polls.

The inaugural meeting, which drew participants from the zone including all National Working and National Executive Committee members from the zone, members of the Board of Trustees, governorship candidates and their running mates, National Assembly candidates and Speakers of State Houses of Assembly from APC-controlled states in the zone, was chaired by Gov. Shettima.