Home Politics I Respect Buhari But He Does Not Have The Mental Capability To...
Facebook
Twitter
WhatsApp 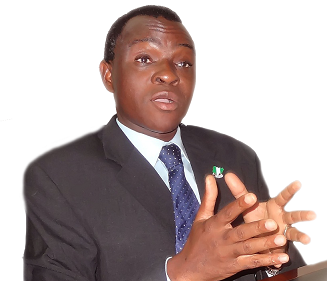 The Secretary of Peoples Democratic Party’s Presidential Campaign Council in the South West, Mr. Jide Adeniji, has said the presidential candidate of the All Progressives Congress, Maj. Gen. Muhammadu Buhari (retd.), does not possess the mental capability to rule Nigeria in the 21st century.

He stated this at a press conference in Osogbo, the Osun State capital on Tuesday.

The PDP Presidential Campaign scribe in the South West, who is also the Chairman of Federal Road Maintenance Agency, FERMA, said Buhari did nothing worthwhile when he staged a coup and sacked a democratically elected government of former President Shehu Shagari in 1983.

Adeniji noted that President Goodluck Jonathan has instead done so much, including establishing federal universities in states where such did not exist.

He said, “I respect Gen. Buhari; he is an elderly man, but Buhari does not have the mental capability to rule Nigeria. Some people ruled Nigeria and did not build anything, they did not do anything to uplift the standard of education.

“No way, President (Goodluck) Jonathan won’t hand over power to an S75 holder. His certificate is in doubt. Is that the kind of leader Nigeria needs now? No”.

The FERMA boss added that Yoruba people would not vote for Buhari because he did not love the people of the South West.

According to him, there was a time some Fulani cattle rearers and some Yoruba people clashed at Shaki in Oyo State and lives were lost.

Adeniji claimed that late Lam Adesina, who was then governor of Oyo State, was happy to see that Buhari was the leader of a delegation from the North that was sent to assess the situation, but said the governor was disappointed when the former head of state allegedly said he came for only Fulani people and not for the affected Yoruba people.

He said, “Such person is not fit to lead a country like Nigeria”.

He also pointed out that the choice of Prof. Yemi Osinbajo (SAN) as Buhari’s running mate, would not sway Yoruba people to vote for the APC candidate.