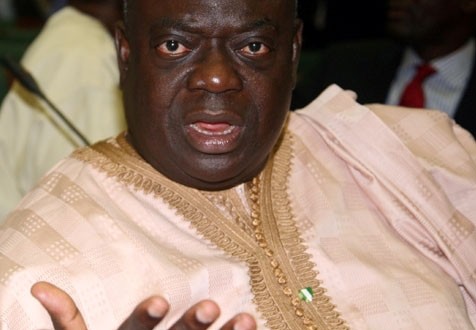 Gov. Babangida Aliyu of Niger says he will not infringe on the rights and privileges of his deputy, Alhaji Ahmed Ibeto, who defected on Monday to the All Progressives Congress from the PDP.
http://www.airmaxfreedom.com nike air max 90
The governor, who made the pledge on Tuesday while collecting his Permanent Voter Card (PVC) in Minna, said Ibeto had the right to freedom of association.

“He is free to associate with any person or group. That will not mean he will be denied any of his rights and privileges as deputy governor of the state”, he said.

Aliyu also called on Nigerians to ensure that they collect their PVCs, adding that any challenge should be reported to INEC.

“The card gives you the right to vote who you want and this will be your fate in the next four years to come.

“So, come out and collect your cards. We shall solve the issue of using temporary voter cards when the time comes”, he added.

Aliyu further said that a decision on the use of the temporary voter card for voting would be taken at the end of the exercise.

He pointed out that the number of those with or without the PVCs would determine the decision on use of temporary cards.

The News Agency of Nigeria (NAN) reports that Aliyu was accompanied to the forum by his wife, Jummai. (NAN)