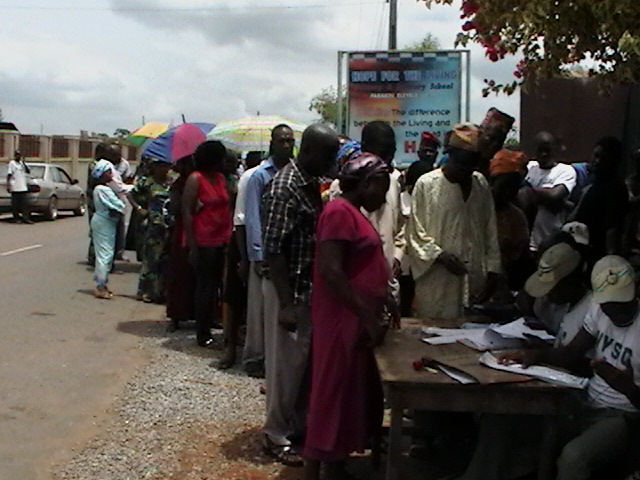 The Independent National Electoral Commission, INEC, said it would use 35,000 ad hoc staff in Kaduna State for the forthcoming general elections.

The commission’s Administrative Secretary in the state, Yusuf Hadejia, said this in an interview in Kaduna on Sunday.

He said the ad hoc staff will include National Youth Service Corps, NYSC, members, students of tertiary institutions, and facilitators from universities.

He said training had already commenced for staff as the commission was getting set to conduct hitch-free and acceptable polls.

Mr. Yusuf added that materials for the elections had started arriving, noting that “we have commenced the collection of non-sensitive materials from Abuja, and we are organising series of workshops ahead of the elections”.

Commenting on complaints by eligible voters of inability to collect their Permanent Voter Cards, PVC’s, the official said the distribution was ongoing at ward and registration centres.

He said a lot of PVCs have not been claimed by their owners at the collection centres and advised eligible voters to visit their registration centres for collection.

The secretary particularly urged voters in Chikun and Kaduna North local government areas that had not collected their cards to re-register due to the invasion of the ward registration centres by thugs, who carted away some PVCs.

“But for those that undergo the continued voters registration, we are expecting their cards to be ready anytime from now, and they will get it before the election”, he said.