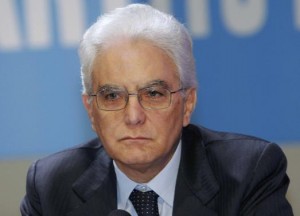 Mattarella, speaking at his office in the Constitutional Court after the vote, said: “My first thoughts are of the difficulties and hopes of our citizens.”

The election shows the 40-year-old Renzi in firm control of both his famously fractious party and his allies in the ruling majority as he seeks to pass reforms aimed at underpinning an economic recovery in Italy, where unemployment is soaring after six years of on-off recession.

After three inconclusive rounds of voting this week in which a two-thirds majority was needed, his candidate Mattarella was elected in the fourth round, when the required quorum fell to a simple majority. As the ballots were counted out loud in the Chamber of Deputies, the 1,009 parliamentarians and regional officials eligible to vote burst into applause when Mattarella’s name surpassed the 505-vote threshold, making him Italy’s 12th president since World War Two.