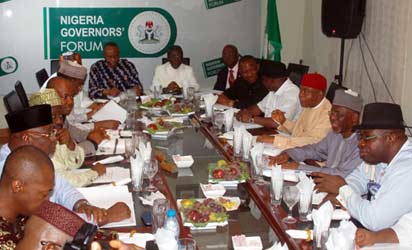 Ahead of the general elections next month, the Jonah Jang-led Nigeria Governors’ Forum, NGF, has urged state governors to protect and defend the nation’s democracy.

According to the NGF, governors as chief security officers in their respective states, have a responsibility to ensure that the democracy they have helped to build is not sabotaged by elements determined to truncate the nation’s democracy.

NGF in a statement by its factional Secretary and Administrator, Earl Osaro Onaiwu, said: “As the chief security officers of the states, the governors have a responsibility to ensure that the democracy they have helped to build is not sabotaged by elements that are determined to truncate the nation’s democracy”.

The Forum called on governors, regardless of their party affiliations, to consider Nigeria first and in so doing resist any attempt by those hiding under the cloak of party politics to foment trouble during the elections.

It added that the continuity of the democracy was the only way the governors could protect their legacy as there was no other viable system of government that could have produced the level of development the country had witnessed since 1999.