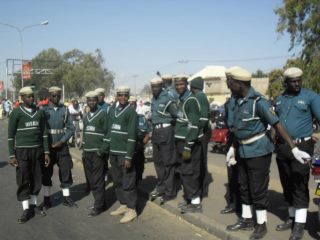 The Kano State Hisbah Board has stopped a father from giving out his daughter in marriage to the man who allegedly raped her.

Malam Ya’u Shuaibu, father of the 13-year-old victim, had earlier granted the man, who raped his daughter, permission to marry her.

Shuaibu had explained that he met with the rapist’s parents on the matter and a date for the marriage had already been fixed.

The alleged rapist, Usaini Ja’afar, was reported to have ganged up with his three friends – Sani Isa, Jamilu Sani and Isa Musa – to commit the act.

But Director General of Kano State Hisbah Board, Malam Abba Sa’id Sufi, said the marriage had been cancelled till further notice.

“Yes, our attention has been drawn to the matter. We cannot allow the marriage to hold; we have stopped it. It is not only about the father and his daughter; it is a rape case, which is an offence in Islam.

“Let me tell you one thing; one cannot just rape a girl and then plead with her parent to allow him to marry her and get away with it just like that. It is not possible; we cannot allow this. According to Islam, he has to be punished for the sin committed. We cannot allow somebody to rape a 13-year-old girl and then marry her just like that; it is unfair. Investigation into the matter is still ongoing”, he explained.