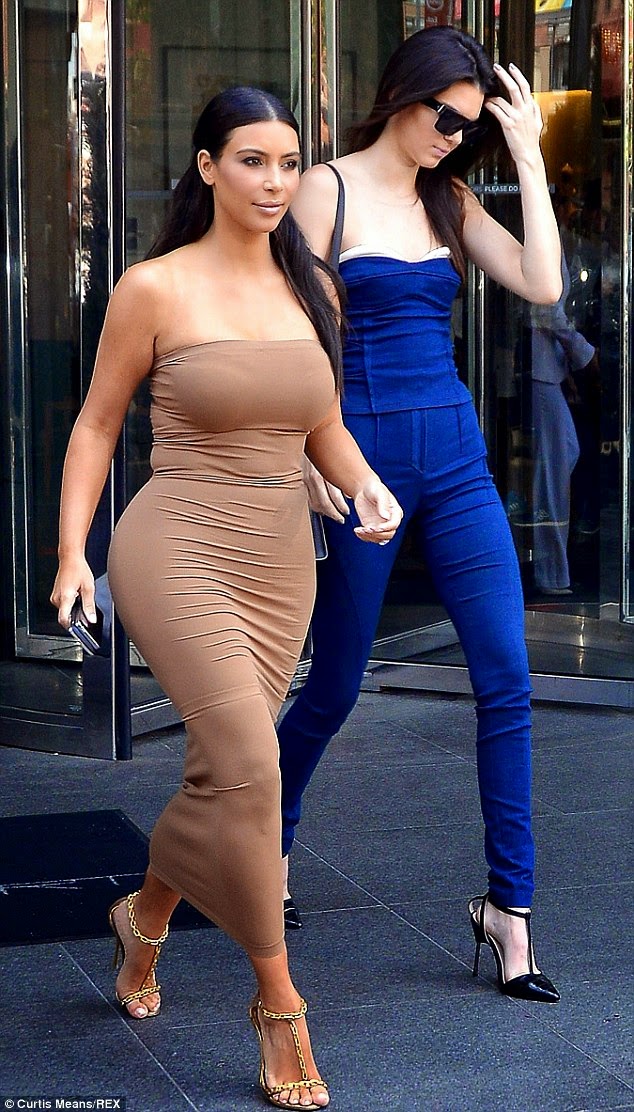 All isn’t rosy in the supposed peaceful and loving Kardashian kingdom.

On the widely watched show, Kim was heard saying ” I’m not buying her shoes, I bought her a f**king career”.

Kendall thought Kim was referring to her and she slammed her senior sister for spitting out those words, Kendall said Kim is jealous of her.

Kim opened up to Dailymail.com that the harsh comment was not aimed at Kendall.

“That was not about Kendall. It hurt me when people thought I would say that about her. ‘Kourtney was being a little difficult with me.’I’m her(Kendall) biggest cheerleader – we talk all the time,.She does ask Kanye for advice and I do think he has been influential in helping her and guiding her with decisions.We’re family, that’s what we are here for.”