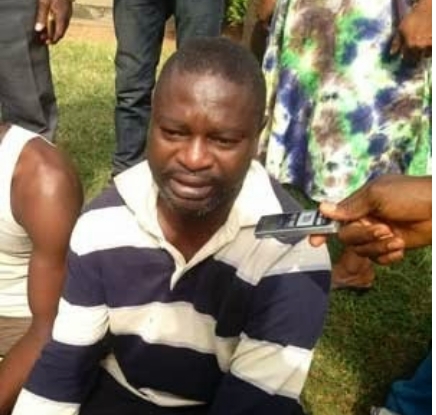 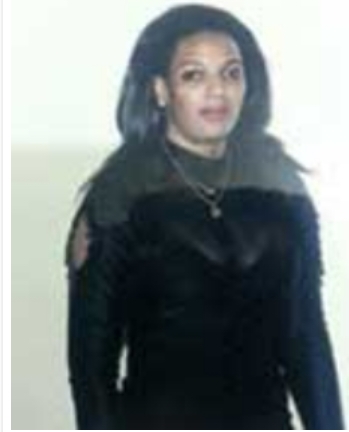 The 41 year old man who killed his Austria-based lover, Rose Aifuwa, over unpaid debt has opened up about how he killed the mother of four on Christmas Day. He denied owing the Austrian citizen and said her death was an accident.

He told Sunday Vanguard;
“I am 41 years old and a motor spare parts dealer. I did not kill her. It happened on the 25th of December very early in the morning. There is one boy that help me to pack my goods, the boy was with me. After I dropped my family, I now decided to go and drop the boy. On getting to Upper Mission junction, she called me and asked if I didn’t know that, that day was watch night, and that if I would come to see her. I said I was coming. Immediately I turned my car and drove down to her shop, she had a bar. On getting there I saw some boys there drinking. I called the sales girl there and told her to give everybody drink. The drink amounted to N1,800. Among the boys there one of them knew me, so bought me one bottle. So I told my lady friend that I needed to go and drop the boy with me as he was drunk. I promised her that I will come back.
That was how she allowed me go. “I drove off. We stopped somewhere to have a drink. I equally bought drink for people there. But somehow I decided that I will go home after dropping the boy, but immediately I passed Upper Mission junction, near her place, her call came in. So I told her I was coming and I decided to turn my car to her house. When I got to her place, I took a stick of cigarette from her and told her that I will need to go home early, that some body was in my car. But as I was leaving her door she blocked me. I told her that I guessed she was drunk because any time she was drunk, that was the way she behaved. But the next thing I noticed was a slap, I retaliated. Before that I observed that some body was sleeping somewhere in her room, where I went to collect the cigarette. So I went outside but the boy sleeping there woke up and told me not to leave the house. She went to wake up another person and was telling the person something inside. So the guy came out and said I should not leave the compound. The boy started making calls, so I quickly entered my car and locked the car. I saw her rush towards me but I had pinned the doors already. But she blocked my car and I saw two of the boys trying to drag her out of my way. Then I zoomed off, but I was now asking my boy after we left the compound if I hit anybody. The boy said no, that God forbid. But I was not comfortable because I was really drunk”.
After I checked my car very well, I did not notice anything. I went to my friend’s place to inform him of my fear. I now called some body to go to my lady’s house to find out whether I hit some body. The boy went and told me that there was nothing like that. So I became confused. I called my younger brother to help me investigate if she was okay. He called me later to say that he heard she was in hospital and that they had deposited money. He later called me to say that they saw a body at Upper Mission junction and that it was the lady. I called my friends and they said I should go to the police station to report myself.
“I can’t sleep, I can’t eat. This is somebody we did everything together and I loved her. I did not beat her, I don’t know what happened. After the incident, some youths went to my house to burn it down, all my people left the house. My sisters can no longer open their shops because they are scared. I am not owing her. The only goods she brought to me was in February, that was when we met. She brought them from Austria. I am not owing her a dime and we didn’t have any problem. I even bought her a bag of rice for Christmas. I did not kill before, I am devastated”.