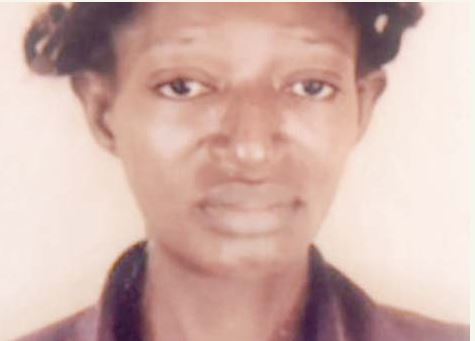 A 25-year-old woman in Ebo­nyi State, Ugochukwu Otu, has done the abominable by killing her one-day baby girl soon after she was discharged from a maternity home.

Otu did it so that she would be free to live her life as she pleases and avoid the maternal responsibility of caring for the baby. The horrific act was committed on December 22, 2014 in Enohia Nkalu Afikpo North Local Government Area, Ebonyi State.

Ordinarily, the safe delivery of the innocent baby would have been considered a welcome Christmas gift from God in the home of any of the uncountable number of women, who are eager to experience the joy of motherhood, but cannot do so either through natural conception or IVF and are therefore compelled to go to lengths to adopt babies they lovingly nurture and raise as their own. But this mother from hell chose the route of infamy as the devil egged her on and she killed the baby, put her dead body in a black polyethylene bag and dumped it in a bush near Ndibe beach road in her area.

As Sunday Sun learnt from the Ebonyi State Police Commissioner, Maigari Dikko, nemesis caught up with her when neighbours began asking her about the baby.

Realising that providence had put the spot light on her secret, Out confessed her evil deed and took the people to the where she dumped the baby. Shocked youths in the community then trooped to a nearby a police station to report the matter and she was arrested.

At the headquarters of the State Criminal Investigation Department, Ebonyi State Police Command, where she is being held, Otu spoke with Sunday Sun.

Showing no remorse, Otu said: “I killed my one-day old baby girl intentionally because I don’t have N500 for her medical treatment. I want to be free lady. I didn’t have any intention to get pregnant. I was impregnated by one man called Monday, a native of Ozizza Afikpo North LGA. But later he refused to accept the pregnancy and I didn’t plan for it. I am not ready to marry; I want to be a free lady. I had to strangle the baby girl and put the corpse in a black poly­thene bag and dumped it along Ndibe beach road, near the bush. I don’t regret killing my baby because nobody was responsible for her upkeep.”

The Assistant Commissioner of Police in-charge of SCID, Mrs. Augustina Ogbodo informed Sunday Sun the police recovered the corpse of the baby, and added that the suspect would be charged to court soon for the murder of the baby girl.