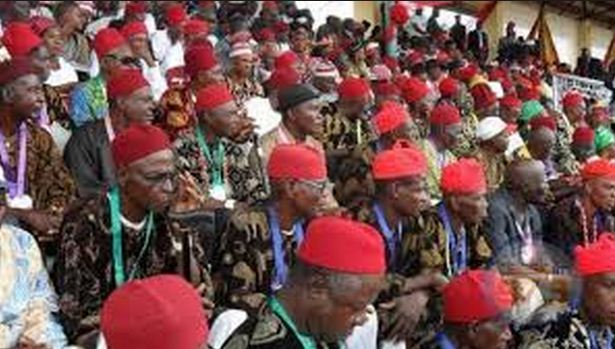 Igbo think-tank, Aka Ikenga, on Saturday said it will not heed the advice of the leader of Niger Delta Peoples Volunteer Force (NDPVF), Mujahid Dokubo-Asari, asking the Igbo in the Northern part of the country to leave.

Its president, Goddy Uwazurike, in a telephone chat with Sunday Independent, said while Asari is free to give his advice, the Igbo are not under obligation to do as he said.

Asari, at a press briefing in Abuja, had warned the Igbo and the members of the National Youth Service Corps (NYSC), who currently reside in the North to return home, as they would have themselves to be blamed should anything happen to them.
According to him, “All Igbo people who are there, if you don’t come back home and you want to continue to be there and something happens to you, there is nobody to be blamed.

“If you have a child who is a youth corper and you allow him to be there, you will not hold anybody responsible.”

But, Uwazurike, who said running away when somebody threatens, is a sign of cowardice, adding that Ndigbo are peace-loving people and will remain wherever they are during election period.

While arguing that Nigerians are free to reside and do business everywhere as long as the country remains one, he also frowned at some people who are threatening war ahead of the election, saying, “Both victors and victims are losers in war”.