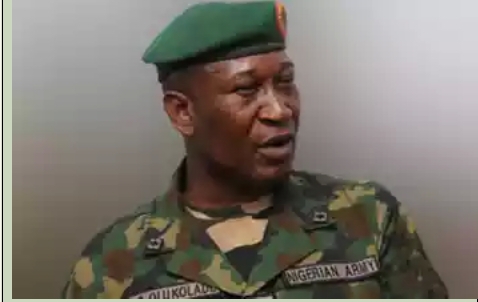 The General Military Court Martial set up
by the authorities of the Nigerian Army to
try some soldiers of the 111 Special Forces
Battalion, Maiduguri, have again condemned four soldiers to death by firing squad.

Investigations revealed that the President of the Court, Brig.- Gen Musa Yusuf, found the four soldiers guilty of conspiracy to commit mutiny and thus sentenced them to death.

It was learnt that the court condemned the four soldiers to death on December 24, 2014.

The GCM had earlier convicted 54 of the 59 soldiers to death after finding them guilty of conspiracy to commit mutiny on December 17, 2014.

Five soldiers from the 111 Special Forces Battalion who were tried alongside the 54 for allegedly refusing to obey an order from their Commander, were found to be innocent of the charges and were discharged and acquitted.

Prior to the conviction of the 54 soldiers, another GCM had convicted 12 out of 18 soldiers tried for mutiny on September 14, 2014.

The conviction of the four soldiers brought the total number of soldiers convicted and sentenced to death to 70.

Meanwhile, authoritative military sources said that soldiers of the Nigerian Army were being tried for administrative offences in designated military formations across the country.

Investigation revealed that the Commanding Officer of the Ojo Garrison Command, the General Officer Commanding of the 82 Division, Enugu and his counterpart in Kaduna are trying officers for various acts of misdemeanour on a daily basis.

These Court Martials are in addition to the General Court Martials established by the authorities of the Nigerian Army to try allegations of acts of misdemeanour against soldiers involved in the ongoing counter terrorism campaign in the North-East.

The Director, Army Public Relations, Brig. Gen. Olajide Laleye, had said in a press briefing on Wednesday that the military authorities had set up Court Martials in three military formations in Jos, Abuja and Lagos to try acts of misdemeanour emanating from the ongoing counter insurgency and counter terrorism operations
in the North-East.

The GCMS are domiciled in the Ikeja Cantonment Lagos, The Headquarters of the 3rd Armoured Division, Maxweel Kobe Military Cantonment, Jos and the Nigerian Army Headquarters Garrison, Abuja.

On Friday, Laleye commented on the reported dismissal of 203 soldiers after alleged summary night trial, saying it was not true that the Army conducted secret night trial to decide the fate of soldiers.

He said while he was neither confirming nor refuting the story, commanders of the Nigerian Army had been trying soldiers for various emerging offences in adherence with military laws and long established
procedures guiding the operations of the Armed Forces.