Nikki Laoye – “My Hubby & I Married As Virgins” 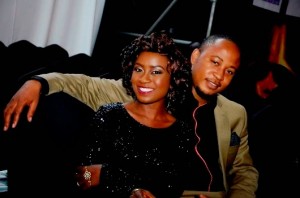 This is something very rare in our society these days so I kinda regard this a a serious achievement.

This kind of reports can’t be confirmed, but according to Nikki Laoye, it is what it is.

Her fans have been asking questions here and there after she revealed the shocking news.

Nikki said she and her hubby married as virgins and both of them had never had sex before marriage.

Nikki opened up to Punch on her relationship and marriage life in a recent interview.

“My husband was not surprised that I was a virgin when we got married because he was also a virgin. Even though I was a virgin when I got married, I had equipped myself with information on sex education. I preach to Christian ladies that they should not think that because they are virgins, they should not find out how to get things done because when they get there, they have work to do. It has been fun and an adventure for us because we are finding out things about ourselves.”

“I decided to remain a virgin till I got married. I did not just want to be jumping from one man to another. It is often said that once you pop the cherry, you can’t stop and I did not want to deal with sexual issues while I was dealing with my life and education. I also did not want to get pregnant, so I told God to help me. I was tempted a lot but I was blessed to have wonderful relationships whereby the men respected my decision and even helped me to keep my promise. My husband also told me that he kept himself for a special woman. The truth is that now that I am having a lot of sex, I have come to realize that it is very emotional and it should be done with someone you will love to see the next day,”