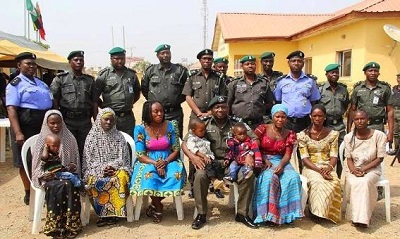 The police have again donated N3 million to six wives of the 35 police officers declared missing with each receiving N500,000.

Mr Emmanuel Ojukwu, the force spokesman made the disclosure on Tuesday in Abuja in a statement issued to newsmen.

The News Agency of Nigeria recalls that the 35 policemen were declared missing on August 20, 2014, after Boko Haram insurgents attacked the Police Mobile Training College at Gwoza in Borno.

NAN also recalls that on December 30, the I-G visited 14 wives of the missing officers at Akwanga, Nasarawa state and donated N7 million to them with each of them receiving N500,000.

Abba promised that the salaries of the missing officers would be paid for one year, effective from August, 2014.

He vowed that in spite of all odds, the force would continue to perform its statutory duties of safeguarding lives and property.

The I-G also promised that the search for the officers would continue until they are either found alive or dead.

One of the officers was said to have resurfaced three months ago and reported for duty. (NAN)