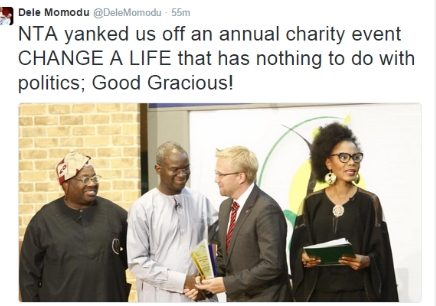 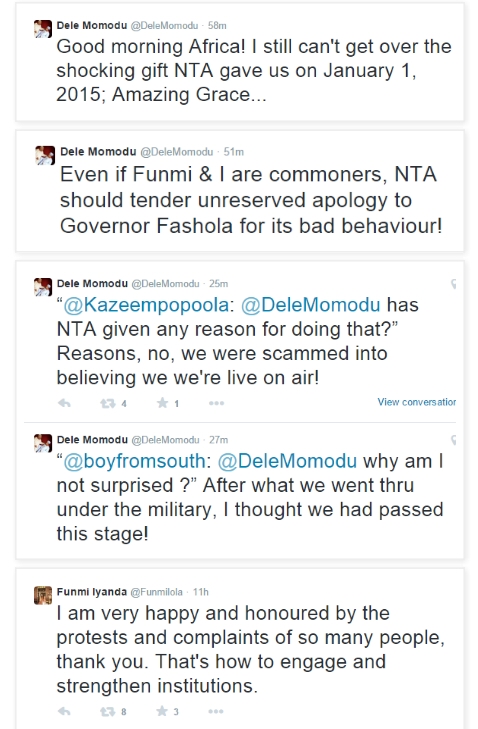 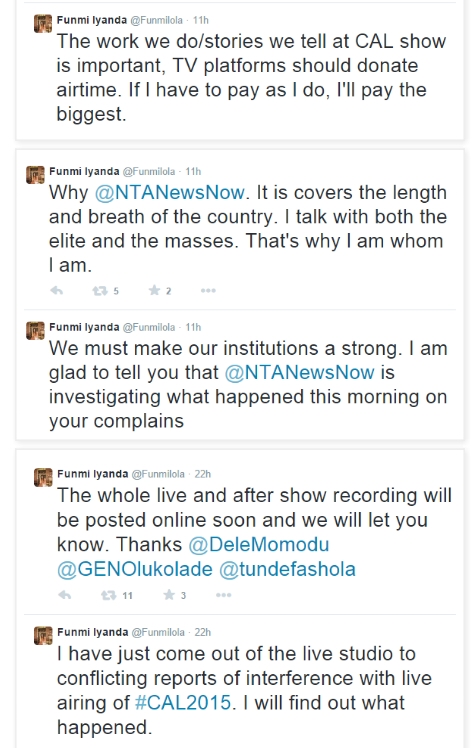 So yesterday January 1st, was media personality Funmi Iyanda’s annual “Change in Life” TV special, an edition where she honoured Lagos state governor Babatunde Fashola in appreciation for his support for the foundation over for the past 8 years. The show was supposed to air live on NTA but the station only showed it for some time and later yanked it off. Annoying thing for the host and guests was that while on set they thought they were live on air not knowing they’d already been yanked off. NTA later said the programme was yanked off due to internal Communication Error.