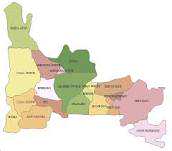 The Ogun State chapter of the Social Democratic Party (SDP), has described the purported N50 million offered by the All Progressives Congress (APC) senatorial candidate for Ogun East, Dapo Abiodun, to residents of Ogun Waterside Local Government to restore electricity in the area, as a Greek gift.

The party made the comment through a member of the House of Representatives, representing Ogun Waterside, Ijebu-North and Ijebu East in the National Assembly, Abiodun Abudu-Balogun. According to the party, the offer was nothing but a way to hoodwink residents of the area to vote for the party in the forthcoming polls.

The SDP wondered why the APC government, which has been in power for the past three and a half years had failed to address the problem of electricity in the area, only for the candidate to come up with the gift just weeks to the election.

Abudu-Balogun said that the SDP believed strongly in rural development and would find a lasting solution to the problem of electricity in the area. He said that his effort to address the problem yielded positive results for some months before it occurred again.

“Ogun APC government only wanted to reap where it did not sow. Residents should be rest assured that the in-coming SDP government which believed strongly in rural development will resolve the problem of electricity in the area,” he said.