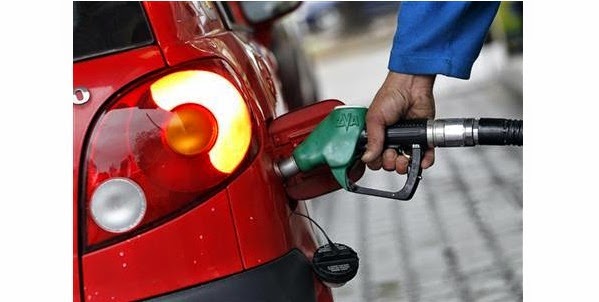 The All Progressives Congress, APC, presidential candidate, General Muhammadu Buhari (retd.), has called on the Nigerian government to implement immediate price reduction on fuel products to reflect the downscaling in global oil prices.

Speaking through his campaign organization, the All Progressives Congress Presidential Campaign Council, on Monday, the former head of state asked the government to “stop stealing from Nigerians and allow them enjoy the relief that has come to consumers of petroleum products globally”.

The statement said: “The current attempt by the government to deregulate the prices of some petroleum products has been completely compromised to satisfy few money bags to the detriment of the Nigerian people and the economy.

“The price of diesel which has been deregulated since 2009 still sells at the pump price of N150 and N170 per litre, the same pump price when the international benchmark per barrel of crude was over $100. Now that the international benchmark has dropped to $47.5 (USD) per barrel as at Monday, we ask: where is the deregulation and the relief which it ought to bring to local consumers of diesel?

“For the Nigerian consumers, unfortunately the collapse of crude oil price since October 2014 has not translated into any change in diesel, kerosene and PMS prices across the country.

“We challenge the federal government to reconcile the information on the website of the Petroleum Products Pricing and Regulatory Agency, indicating the maximum open market price of diesel per litre in December 2014 as being at N111.6 and the fact that the price has come down to less than $50 (USD) as at Monday.

“We want to posit that that the maximum indicative benchmark open consumers of diesel should pay is at a margin below N100 per litre. Therefore, Nigerians are being short-changed by about N50 to N70 on every litre of diesel sold by government.

“The implication of this is that with average consumption of about 12 to 15 million litres, Nigerians are currently extorted of amounts between N600 Million to N1 Billion daily due to corruption-induced poor regulatory oversight of the Ministry of Petroleum Resources. No wonder some few industry players are smiling to the banks and buying private jets while small scale industrialists who buy diesel on daily basis for power generation and transportation find it difficult to break-even with their businesses.

“Similarly on Kerosene, information available on the website of the PPPRA puts the Open Market Price at N114.71 per litre although the market price is anything above N150 per litre when the global price for a barrel of crude oil was $65 (USD). Now that international price of crude is at $47.5 (USD) per barrel, why are Nigerians still buying kerosene per litre at the same price? Why are Nigerians not benefitting from the global shortfall in the prices of crude by having a cut in the pump prices of petroleum products?

“We are aware that there are examples in other African countries where governments have cut the pump prices of petroleum products to reflect the changes in the global oil market. Countries like South Africa, Zambia, Tanzania and Kenya have announced cuts in pump prices of petroleum products, why can’t the Nigerian government do same?
“Given the failure of government to do the right thing by announcing a cut in the pump prices of these products, we are compelled to draw the conclusion that the federal government is short-changing Nigerians ostensibly to fund the campaign of the PDP presidential candidate.

“The APC Presidential Campaign challenges the federal government to make explanations on why Nigerians cannot benefit pricing reliefs on petroleum products as occasioned by the fall in the global price of crude oil. Anything should of this is a fraud and Nigerians should take note.

“As for PMS (petrol) the only product the government agrees as regulated at N97 per litre, the irony is that it does not even cost much as in the United States, a country that was importing oil from Nigeria until recently.

“Moreover, even the current budget is still heavy on subsidy with an allocation of N458.68 billion, a scheme that has become a conduit pipe over the years for which the children of ruling party leaders have been beneficiaries”.