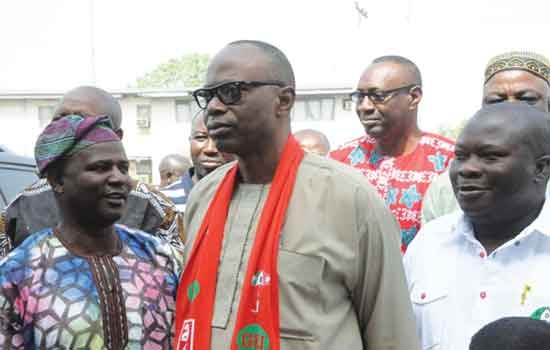 The Governor of Ondo State, Dr Olusegun Mimiko, on Wednesday explained that the Presidential campaign of the Peoples Democratic Party (PDP) scheduled to hold in the state yesterday was postponed due to official engagements by President Goodluck Jonathan and that the sunshine state is solidly behind the president’s second term ambition.

The governor, who spoke through the state Commissioner for Information, Mr Kayode Akinmade, said the president rescheduled his campaign in Ondo state not for political reasons as speculated in some quarters but due to other important national issues.

According to Mimiko, President Jonathan had a crucial meeting with some world leaders in Abuja including former Secretary General of the United Nations (UN) Dr Kofi Hanna, hence the postponement of the campaign in the state.

The cancellation was speculated to be connected with the crisis rocking the Ondo State chapter of the PDP, which led to the defection of chieftains of the state in the state to the All Progressives Congress, APC, a day earlier.

But the Ondo Governor, who is also the South West Co-Ordinator of the Jonathan Campaign Organization, hinted that a new date would soon be announced for the president’s campaign in the state.

He ruled out politics from the postponement and urged admirers of President Jonathan and members of the PDP in the state to remain steadfast.

Meanwhile, the Ondo PDP has debunked the claim that some of its members have decamped from the party, describing the claim as false.

Reacting to the claim, the PDP, in a statement issued by the state’s Publicity Secretary, Hon. Banji Okunnomo, said those who claimed to have defected from the PDP had since ceased to be members of the ruling party.

The party added that the game plan of “the members of the opposition, who only waited till now to make their membership of the party public”, was to act as spoilers within but failed to achieve their aim.

“The PDP in Ondo state today is free of disloyal elements who hitherto worked with the opposition from within.

“They have eventually decided to go to where their hearts are and God has given us victory over the enemy”.

The party declared its readiness to go into the coming elections stressing that it is sure of victory.

“With our mega status now, there is no doubt that we shall have a free day and we shall win the elections at all levels including the local government election which shall hold soon after the general elections”, the party assured.