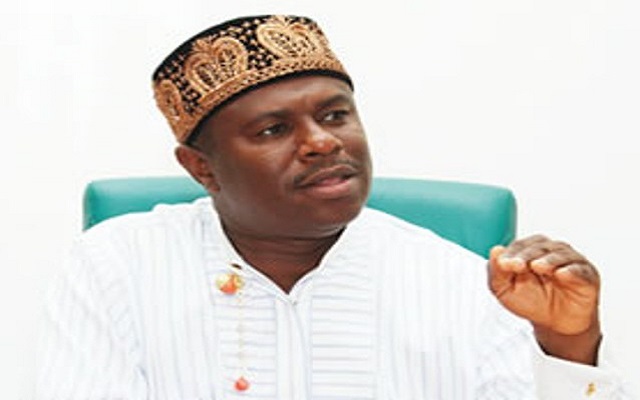 The All Progressives Congress, APC, governorship candidate in Rivers State, Dr Dakuku Peterside, has assured that he would focus on youth development if elected as governor of the state in next month’s general elections.

Peterside, who spoke yesterday when he unveiled the office of Generation of Peace, GOP, in Port Harcourt, the state capital, said he would create jobs and initiate programs that would build capacity among youths in the state.

He also enjoined youths to remain focused and shun acts of violence.

Earlier, the Coordinator of the group, Commander Collins Ehimieghe (rtd.), said Peterside was adopted as their choice for governor because of the sterling qualities in him.

“Today, we have picked up the gauntlet as generational shift campaigners to not only work and deliver the governorship seat of Rivers state to a man we see as a torchbearer, a friend and for some of us, a mentor – Hon Dr Dakuku Adolphus Peterside.

“We therefore believe without any tinge of equivocation that our aspirations to have one of our own steer the ship of state has already materialized”, he said.

The coordinator expressed the confidence that the candidature Mr. Peterside stands to be of utmost benefit to the generality of Rivers people.