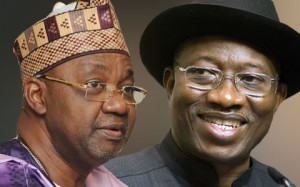 Vice-President Namadi Sambo has expressed support for the creation of New Gurara State out of the present Kaduna State.

Sambo, who spoke at the annual Afan Festival held at Kagoro, Kaduna State, said the demand for Gurara state was a step in the right direction.

He noted that the Federal Government recognises the rights of the citizens to operate within the confines of the law for self-determination, promotion and harnessing the potential of its people.

“Therefore, the socio-political emancipation of a people lies in their conscious effort to champion a cause that will progressively move them to the next level,’’ he noted.

Sambo expressed the Federal Government’s sympathy over the loss of lives and property in the Southern part of Kaduna State. He noted that the government was committed to setting up a military formation that would ensure adequate security in the area.

“We shall defeat the evil of this insurgency and terrorist acts. God willing, we shall have peace and development in our dear country,” he said.

The vice president congratulated the people for the New Year. He noted that the year was a very important one in the history of the country, being an election year.

“I want to draw our attention to the fact that this time around, no act of violence shall be tolerated,” he said.