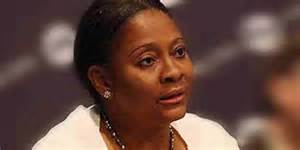 Gwarzo was Executive Commissioner, Operations of the commission before taking over leadership of SEC, in acting capacity, following the expiration of the tenure of Arunma Oteh, who led the organisation for five years.

Earlier on Tuesday, at a staff get-together, the acting DG said the commission needs to be rebranded, in order to redeem the battered image of the commission, which has been due to abuse of rights of its officials.

While in office, Oteh was named West Africa’s Business Woman of the year 2014 at the All Africa Business Leaders Awards (AABLA). She also won the Ai 2014 Capital Market Personality of the Year at the Africa investor (Ai) Index Series Awards. However, many staffs of SEC rejoiced at the end of her tenure. They accused her being too overbearing, disrespectful and strict.

In order to end whatever bad blood had been built over the last few years in the commission, Gwarzo’s move to redeploy Oteh’s loyalists has been lauded as the right move by several staffs of SEC, who spoke to Information Nigeria anonymously.