Ijeoma Ugwumba’s euphoric mood over the date she had just shattered when she waltzed into her Lekki apartment one sultry Sunday evening. 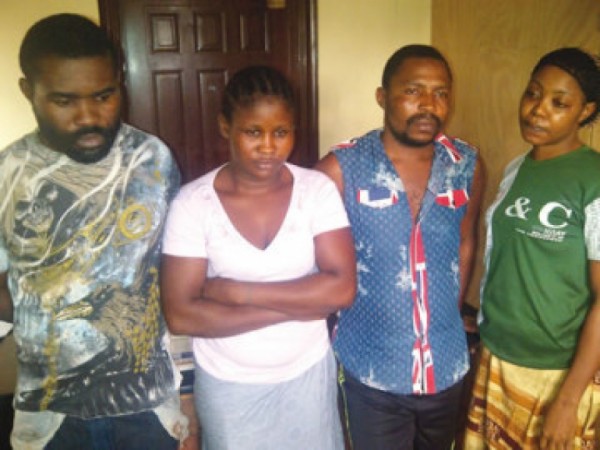 Speaking with Naij.com, the mid-level federal civil servant says: “I saw a note from my house help, Oluchi (Muoghalu), saying that she had left. Her (mobile phone) number was not going, I called her parents (in Anambara State) and they said they did not see her. I was rushing to keep an appointment with my date, so I gave her N30,000 to pay into the bank for me. When I came back, Oluchi had disappeared with her bags and my money.”

“Not only that; she left with my DVD (player), my manicure kit, and even had the audacity to take some of my underwear,” she added.

Ms Ugwumba’s four days of an extensive manhunt eventually unearthed Ms Muoghalu in the far away Delta State. She had aborted a pregnancy, unknown to her employee, and eloped with a boyfriend to Asaba. She had also, to Ms Ugwumba’s chagrin, borrowed N10,000 from a neighbour on her employer’s behalf.

Ms Ugwumba’s plight represents what a growing number of Lagos residents pass through at the hands of domestic servants. The rapidly growing number of working women and the demands of living in an over populated mega city like Lagos have necessitated the need for hired help to take care of homes and children, in some cases.

In downtown Surulere, another resident, Bernadene Ihekweme, got a recent scare when she got home from work, around10pm one night, to find her maid and three children missing.

“Apart from my first son, (Jude), the rest are normally in bed by that time. I nearly had a heart attack. I panicked and started calling every neighbour to know where they were,” she said.

Her fears were assuaged when it turned out her husband, who works and resides in Abuja, had paid a surprise visit and played a prank on her by whisking the family away.

“Normally I shouldn’t have panicked like that, but in this era of maids and houseboys conniving with kidnappers, my brother do you blame me?” added Ms Ihekweme.

Her suspicions are equally mirrored by majority of respondents; even in cases where domestic servants have been with their employers for long periods.

Having served her employer for a “loyal” eight years, Kikelomo Olarenwaju, is indignant at the suggestion that her trustworthiness could be suspect.

“That one can never happen,” she declared. “My madam (Abisola John-Martins) can never try to suspect me for anything. I have been here for so long that I can’t mess up. In short, I am now a part of the family. My madam has already registered for my JAMB; that is because she now wants me to go to university just like her children.”

Emilia Ike is an Economics graduate, and manages a cyber cafe at Aguda, Surulere. She has served as a house help to Cyprain and Geraldine Okwara since 2006.

“There was a time I had a problem with madam, but since then I have a very good relationship with them,” she said. “I am very grateful to them; oga sponsored my education from secondary to polytechnic, and even opened this cyber cafe for me to manage. I will stay with them until I marry.”

Dave Uko, a legal practitioner, believes that some of these house helps that misbehave do so as a reaction to the unfair conditions of labour they might be subjected to.

“Some of these people that complain about their maid or house boy did this and that are the cause of their woes,” he said. “What do you expect from a maid who is over laboured and under paid? There are bound to be feelings of resentment in such cases. How many people know that their domestic servants, who are not relatives, are entitled to workmen’s compensation insurance under the Workmen Compensation Act? Domestic servants are human, and should be treated with the utmost respect.”

Ms Ugwumba is adamant that she treated her erstwhile maid well, and believes she has been unfairly rewarded.

“Now, her ungrateful parents are accusing me of all sorts of rubbish and even threatened my father when he went to their house to explain what happened,” she said.

Anthony Okoye, businessman in Lawanson, Surulere. – “Definitely a housegirl because they are more respectful and unlikely to connive with criminals to rob you. I know a lot of friends that went for house boys and the kind of things they went through.”

Dave Uko, legal practitioner in Umuahia, Abia State. – “Interestingly my wife and I are currently debating this. I am tilting towards a girl, because of the house chores and market. But I think I will allow my wife to make the decision; after all she is the CEO of the home.”

Ifisade Omoruyi, banker in Ojuelegba. – “We have had three house helps; two girls and a boy (in six years). I think the boy performed better than the two girls. He could do all those chores that the girls will do, and even cook at times. Then he helps wash the cars, and some other things. When I decided that my children were old enough I recommended him to a friend, and she has not regretted hiring him.”

Jumoke Hassan, private school teacher, Costain, Ijora. – “I personally don’t subscribe to the use of house helps but I think female ones are more advisable if you must employ one.”

Amarachi Okwueze, beautician in Surulere. – “I think the main thing that matters is for one to look out for character instead of sex. Both female and male house helps have their disadvantages if you employ the wrong one. The issue is to look for a trusted relative that might need your assistance in schooling or something, and double as your house help.”

No doubt, these people questioned have a lot of basis for their argument. Terrifying situations where househelps have turned on their employers can be found everywhere. Just a month ago, on December 16th, a housemaid and the driver connived to kill their boss in Lagos. In a related incident, some children were also kidnapped by their househelp a few weeks ago.