Shekau Is A Lunatic, His Actions Are Beneath The Act Of An Animal – Borno State Gov 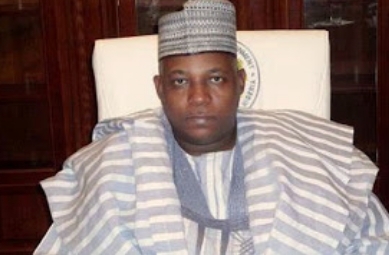 Governor of Borno state, Kashim Shettima has described the leader of Boko Haram, Abubakar Shekau as a Lunatic who does not deserve any respect. Gov Shettima said this while speaking to state house correspondence after an emergency security meeting between the North Eastern governors, security chiefs and President Jonathan at the state house earlier today
“Shekau is a lunatic. He is a deranged element. He is not somebody anybody should give any molecule of respect. His actions are beneath the act of even an animal, believe me. I’m an eternal optimist and I am passionate too for that matter, that we shall have enduring peace very soon with the very robust frame work on ground.
We don’t want to mention a date or anything but I believe our military is arising to the challenges of the time. ‎Our military will robustly respond to the challenges, I believe. Like I said earlier, I’m an eternal optimist; we have to hope for the best against whatever odds” he said
The governor said some areas in Borno state are partially in the control of Boko Haram but says he is optimistic that the state would surmount the challenges ‎
“There are some local governments that are partially under the control of the insurgents and there are some that are largely under our control. I really don’t want to bolster Boko Haram by quoting numbers and figures because these lunatics feast on the oxygen of publicity. The more publicity they get, the happier they become. I don’t want to give them that luxury. But I want to assure you that with 1,000 years of recorded history, Borno shall rise again in spite of all the challenges, believe me Insha Allah.” he said