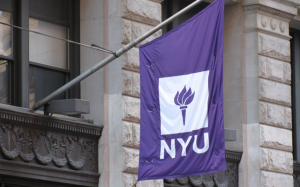 Authorities say a New York University student is accused of setting a classmate on fire in his hostel room, then singing and recording her putting out the flames. The Huffington Post reports:

Jaime Castano was arraigned Tuesday on assault and reckless endangerment charges.
http://www.newbalanceshoesinc.com new balance 1222
The incident occurred at his NYU dorm in August. Prosecutors say the victim reported it to school officials, but NYU didn’t report.

The Daily News says NYU declined to comment on the delay. It says Castano was expelled in September.

Court papers say Castano’s cellphone video showed the 19-year-old victim asleep on his bed with flames on her clothing.

The victim suffered burns to her torso.

From the Daily News:

The victim, who was intoxicated, wasn’t aware of what caused the blaze until the next day when she was Castano’s video on Snapchat, police sources said.

Prosecutors said Tuesday the victim reported the attack to school officials but the college did not report the crime to police until Oct. 27, more than two months after it occurred.