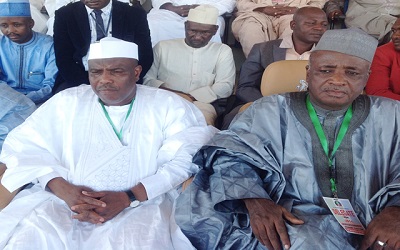 Governor of Sokoto State, Alhaji Aliyu Wamakko, has described the All Progressives Congress (APC) governorship candidate in the state, Alhaji Aminu Tambuwal, as a “patriot, who is religiously committed to the even socioeconomic development of the state.

“The state deserves leaders of integrity and leaders that have the feelings of the masses no matter their position or rank”, the governor said.

He also called on the people of the state to collect their Permanent Voter cards, describing it as the only weapons to protect the country from the myriad of problems and challenges.

Wamakko thanked the people of the local government area for their support and dedication throughout his tenure and urged them to live in peace with one another for the development of the state.

Speaking earlier, Tambuwal, who is currently the Speaker, House of Representatives, commended the supporters of the party in the area for their unprecedented attendance at the rally.

“If voted into power, my administration will give more emphasis on the completion of all the projects, programmes and policies initiated by the present government”, he said.

Tambuwal commended the people of the state for their support on his candidature and vowed to justify the confidence reposed in him.