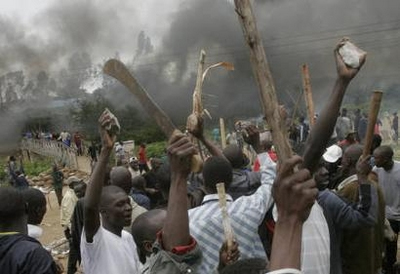 A pro-Goodluck Jonathan group, Transformation Ambassadors of Nigeria (TAN), has advised that anyone found to have engaged in violence before, during and after the forthcoming general elections should be sent to the International Criminal Court for trial as is being done presently in Kenya.

The Head of Media and Communication of TAN, Christian Udechukwu, who made the call in an interview with a select group of Journalists in Abuja on Friday, said such action will deter people from perpetrating violence.

Udechukwu noted that although President Goodluck Jonathan has not made any statement suggestive of violence, current dispositions of some Nigerians have created tension in the polity and began to even frighten investors and the ordinary Nigerians.

The group accused the All Progressives Congress of being the ones fanning the embers of violence ahead of the elections, pointing out that “President Jonathan on his part has cautioned all people who are involved in the political process not to threaten anybody, not to be aggressive in campaigning, not to be violent in their conduct but to ensure the free, fair and peaceful election.

“That is what the President has been canvassing for, checkout his public statements but listen to the opposition and hear what they are saying, they are threatening fire and brimstone. They are threatening all manner of fire, blood of monkeys and blood of baboons and so on”.