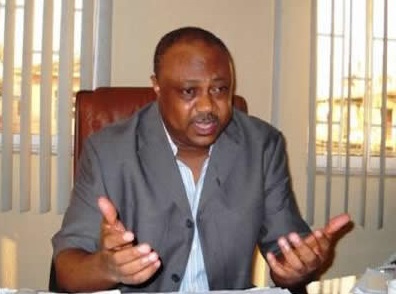 The governorship candidate of the Labour Party in Delta State, Chief Great Ogboru, has warned that there would be trouble if the February 28 election in the state is manipulated.

Ogboru, who was addressing the Delta Central mega rally at Ughelli on Thursday, recalled that in the past, people of the state had lived with situations where elections were rigged against the will of the people.

The LP candidate promised to raise the standard of governance in the state such that the timid and people without vision would no ‎longer find the chance to govern the state again.

He said Delta State had been turned into a Jankara state, where government could no longer provide the basic necessities of life like water, electricity, health care, education and good roads.

On his vision for the state if elected, Ogboru said, “We shall start by restoring your dignity and you will no longer be the thrashing floor.

“You will be able to look at them eyeball to eyeball. All Deltans will become winners and will enjoy good schools, good hospitals, better pay. Our roads will be safe again. Our streets and homes will be safe again; criminality of any shape will not be tolerated”.

He also alleged thata kidnapping and armed robbery was the order of the day in the state because those in government kidnapped and robbed the ‎people of their votes.

“That is why kidnappers are everywhere, kidnapping people because the governor kidnapped their votes”, he said.

The Labour Party candidate further said while the Peoples Democratic Party’s candidacy was up for sale, the All Progressives Congress was a counterfeit.

“If the APC candidate does not step down, he will know the loneliness of a long distance runner”, he said.