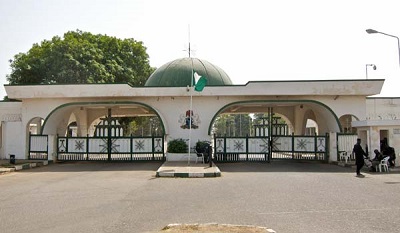 A security officer working as an undercover agent in the Kaduna State Government House has allegedly been arrested on suspicion of stealing.

According to Daily Trust, which carried the report, the officer, whose name was not disclosed, was said to have been deployed in the Sir Kashim Ibrahim Government House since 2007 as undercover agent. He was later redeployed in 2010 but was reposted back in 2013.

A security source in Kaduna said the officer had access to every room and office including places where people are restricted, such as the governor’s residence.

“The officer is in detention and an official inquiry has been launched”.

Confirming the incident, the Kaduna Police spokesman, Zubairu Abubakar, a Deputy Superintendent, said the suspect was not a policeman. He, however, refused to disclose the identity of the suspect nor the security agency he is working with.

Another source said “the suspect works with one of the security agencies but certainly not the police”.