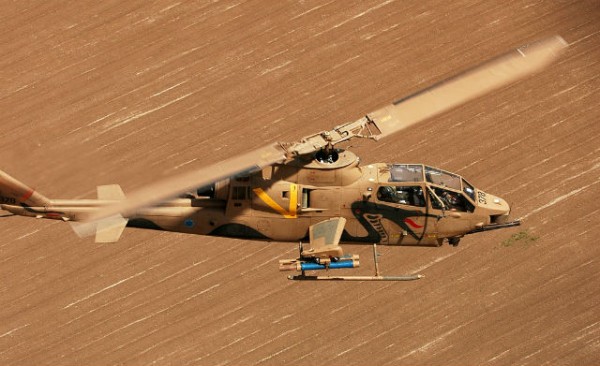 Twenty-four hours after US Secretary of State, John Kerry held meetings with President Goodluck Jonathan and former Head of State, General Muhammadu Buhari (rtd.), where he pledged his country’s determination to work with Nigeria to end the activities of the Boko Haram terrorists, Israeli media has revealed that the United States halted the resale of arms by Israel to Nigeria.

According to aviation-focused website, flightglobal.com, Nigeria had shown interest in buying surplus Bell AH-1 Cobra attack helicopters that were phased out of service by the Israeli air force in 2013, as well as in Israeli-produced unmanned air systems. But the US blocked any sale by Israel of surplus American-made weapon systems to Nigeria, and also indicated that Israeli-made equipment should be exported to the country only “under strict conditions”.

The transfer of such aircraft requires a review to determine its “consistency with US policy interests,” Obama administration officials told The Jerusalem Post.

Negotiations were said to have started, but Israel’s defence ministry ordered them to stop following a request by Washington, a source familiar with the process revealed to FlightGlobal. The US administration probably does not want to be involved in any way in the domestic war in Nigeria between the nation’s army and Boko Haram militants, the source adds.

Israeli sources say Nigeria had also wanted to purchase more Israeli-made UAS. The country in 2006 purchased a number of Aerostar vehicles made by Aeronautics Defense Systems in a deal reported to be worth $260 million.

The Israeli defence ministry declines to make a statement on the matter, noting: “We never comment on the export of Israeli-made weapon systems.”

US’s reason for blocking the transfer has been attributed to fears of human rights abuse by the military, an allegation Nigerian officials describe as unfounded.

“The kind of question that we have to ask is, let’s say we give certain kinds of equipment to the Nigerian military that is then used in a way that affects the human situation,” US ambassador to Nigeria James F. Entwistle told reporters in October, according to the New York Times.

“If I approve that, I’m responsible for that. We take that responsibility very seriously.”