The Governor of Akwa Ibom State Godswill Akpabio declared that the re-election of President Goodluck Jonathan for another term in the office is the only solution to Nigeria’s search for peace. 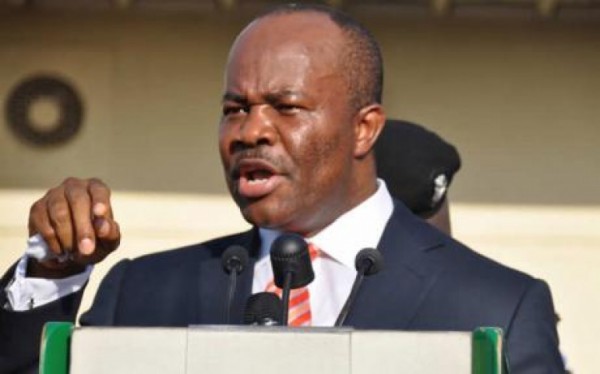 The governor said this in the capital of Akwa Ibom, Uyo, at ​an​ interdenominational ​Church service, broadcasted live on by the Nigerian Television Authority, NTA, on January 2, 2015, Friday.

Akpabio, who is a member of the ruling Peoples Democratic Party (PDP), called on Nigerians to allow the continuity of President Jonathan’s administration in the country.

“As a PDP chieftain, I have found the solution to the peace we are seeking in Nigeria. That solution is the election of President Goodluck Ebele Jonathan for a second term in office.

Some of the viewers considered the above statement as contradictory to what President Jonathan said in his New Year speech on Thursday. Nevertheless, the governor continued:

“Because God did not make a mistake in creating over 280 tribes and putting all of them together as one, the next election will be about love, not religion. It will help unite the plurality of Nigeria and not allow religion to tear us apart.”

Governor Akpabio is a renowned supporter of Goodluck Jonathan. “We did it in 2011 and I assure Mr. President that Akwa Ibom will do it again,” he said in the beginning of 2014.